Here I am in Lock-down again and who knows how long for….  I obviously can’t get out to schools, as I like to do, but it does give me plenty of time to read, read, read…..  And I have taken advantage of this 🙂

Reading Around The World

This time around, I have read – and continue to read – around the world.  I have read some fabulous novels over the past couple of months from countries I have never visited and know little about.  Now, from my reading, whole new social and political vistas have been opened up to me, mainly through the interactions of characters who I would never have normally ‘met’. Having concluded Hillary Mantell’s The Mirror and the Light (see comments in my last Arts blog), I remained in England at the beginning of June but in the 1970s and 1980s.  Box Hill by Adam Mars-Jones is a little book (151 pages – I read it in one sitting) about desire and domination between two gay men, set in the English country-side.  Fascinating as a character-driven portrait of particular types in a very specific context.

I then moved to Germany. Tyll by Daniel Kehlmann (translated from German by Ross Benjamin) is a tale of magical realism set in seventeen-century Germany during the Thirty Years’ War.  The ups and downs of Tyll Ulenspiegel (a vagabond performer and trickster) interested but did not fully engage me.  I was engaged, however, with the real bloody world going on behind the tale.

Then on to Iran.  The Enlightenment of the Greengage Tree by Shokoofeh Azar (translated from Arabic by Adrien Kijek) is also a tale of magical realism but this time set in Iran starting in the midst of the 1979 Islamic Revolution.  I was fully engaged this time; not only in the depiction of what was a time and place of chaos for many, but also by how a beautifully depicted character moved herself through this time. Then on to Mexico.  Hurricane Season by Fernanda Melchor (translated from Spanish by Sophie Hughes) is a gritty and devastating series of events, presumably set in contemporary times and inspired by the death of a supposed witch.  I’d read and loved American Dirt by Jeanine Cummins earlier in the year – a novel set in a similar context – but this novel digs far deeper than American Dirt.  It is advertised as being set amongst lives “governed by poverty and brutality, machismo and misogyny, superstition and prejudice”.  That says it all.  Not a good advertisement for rural Mexico; but mesmerising.

Incidentally, the above three novels are amongst 6 novels short-listed for the Booker International Fiction Prize.  From the reading of the list that I’ve done so far, I’d award the prize to Hurricane Season.

Then on to Albania with side trips to Finland.  Crossing by Pajtim Statovci (translated from Finnish by David Hackston) is a really engaging tale of two friends seeking an escape from Enver Hoxha’s deeply repressive Albanian Communist regime in the late 1980s.  Although what happens to them is really interesting, it was again the social and political world that sat behind the characters’ antics that fascinated me – and had me reaching for Google all the time. 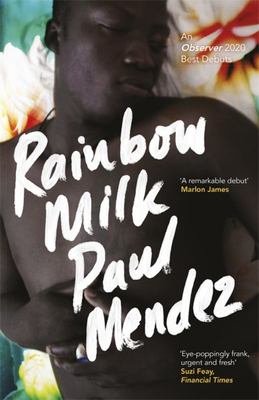 Then back to England and the gay world, but this time in very modern times.  I believe that Rainbow Milk by Paul Mendez will become a ‘gay classic’ in the tradition of Alan Hollinghurst.  It tells the story of what happens to young, black, gay, Jehovah’s Witness Jesse’s move from Wolverhampton to London, having been kicked out of both home and the church because of his sexuality.  I couldn’t put this book down; I had to find out what happened to Jesse.  And I was stunned to find out afterwards that the book started as an autobiography, but Mendez changed it from first to third person just before he submitted it to his publishers.  The writer novelising his own life.  I can’t recommend this book highly enough, if you think you can handle the full-on depiction of gay life (and sex) in contemporary London.

Then all the way to India.  I have read a number of novels set around acts of terrorism in India – A Fine Balance by Rohinton Mistry is an outstanding example – and A Burning by Megha Majumdar is as good as most of them.  Following the lives of three diverse characters (Jivan who witnessed an act of terrorism and followed it up with an unfortunate sentence on Facebook; her transsexual friend Lovely who could’ve provided Jivan with a much needed alibi; PT Sir who also chose not to help Jivan), I could not put this beautifully-written first novel down till I found out what happened to all three characters.

Then off to the United States for two portraits of two very contemporary characters who find themselves in very contemporary dilemmas (prejudice/wariness/facing the past): Emira Tucker in Such a Fun Age by Kiley Reid and Micah Mortimer in Redhead By the Side of the Road by Ann Tyler.  I’ve always loved Ann Tyler’s work but Kiley Reid was a huge and very welcome discovery for me.  Her story of Emira and her friends (and enemies!!) making something of their lives in 2020 is superbly nuanced and again, I could not put this book down. I then stayed in the United States but went back 150 years.  How Much of These Hills is Gold by C. Pam Zhang is more poetic in tone than the other two American novels.  Two sisters (aged 11 and 12) of Chinese ancestry find themselves orphaned in the Wild West and have to not only survive but make something of their lives in the wilderness.  Although interesting, I agreed with a reviewer who commented that the poetic tone sometimes got in the way of the story.  I think I wanted more of a narrative through-line.

And finally off to France.  I picked up And Their Children After Them by Nicolas Mathieu (translated by William Rodarmor) because it had won France’s supreme award for literary fiction (Prix Goncourt) in 2018.  How pleased I am that I did.  The inter-twined tales of three teenagers and their families living in a world of personal and social angst (on the border of Luxembourg 1992-1998) collectively depict some of the key struggles in contemporary French society, with the National Front just veering over peoples’ shoulders.  This was another page-turner for me that I just could not put down.

At the moment I’m back in England but this time it’s seventeenth-century Warwickshire.  Hamnet by Maggie O’Farrell is the name of William Shakespeare and Anne (here called Agnes) Hathaway’s only son and the book is a fictionalised depiction of the ups and downs of Shakespeare’s family.  Although I’m only a third of the way through it at the moment, it looks promising.  Then I think I’ll stay in England for a bit – David Mitchell’s latest, Utopia Avenue, intrigues me as it’s set in the London music scene of the 1960s.  Apparently I’ll get to meet Mick Jagger, David Bowie, Eric Clapton and many others.  And any novel by the author of Cloud Atlas and The Bone Clocks has got to be good!! Viewing?  Not so much.  My stand-out at the movies has been the new version of David Copperfield.  It is so quirky – just as I like my movies – and I laughed out loud (by myself in a cold movie theatre in Invercargill) as I watched the carry-ons of some of Dickens’ immortal characters brought to life by such luminaries as Dev Patel, Ben Wishaw and Tilda Swinton.  The colour-blind casting really worked for me.  At home, I finished binge-watching all 20 episodes of Succession (on Neon).  The writer denies having based the super-wealthy media family at its centre on either the Trumps or the Murdochs, but I can’t see that….  This series contains superb dialogue that left me breathless some times and I highly recommend it.