As usual, I’ve read a diverse range of books, watched a number of movies and seen some wonderful plays over the past few months, taking me to all corners of the world.  One of the reasons I love all of these stories is because they introduce me to ideas and take me into places and characters I would never normally encounter.  And that’s particularly satisfying when we’re unable to travel….

My reading in this period began and ended in the UK – from the brilliance of Summer by Ali Smith to the almost Hogarthian panorama of London in Fiona Mozley’s Hot Stew.

Summer by Ali Smith.  I found this novel to be both engrossing and stimulating.  As the final in Smith’s quartet of Seasons novels, it continues characters’ journeys from the previous books.  But I found it more satisfying than the others.  Its inter-connected movement between time periods (1940s/2020s) really worked for me, as did the events in the key characters’ lives, particularly those living in contemporary times.  Fully immersed in a world of Covid lock-downs, Black Lives Matter protests and Trump engineering re-election, these characters’ familial interactions brought them fully to life for me.

Memorial by Bryan Washington.  I read this novel because its reviews were so positive.  I ended up being largely but not totally in agreement with them.  Two middle-aged men – one Afro-American and the other Japanese – find by necessity that they have to put their relationship on hold for a while: Mike has to return to Japan to look after his estranged but dying father while Benson is obliged to remain in Houston hosting Mike’s newly arrived mother who neither speaks English nor knows that her son is gay.  The novel explores both characters ‘finding themselves’ in challenging, cross-cultural contexts.  I liked it a lot but wasn’t fully engaged.

The Treatment by Michael Nath.  This is very much a ‘London novel’.  It’s almost like a seventeenth-century revenge tragedy with its huge cast of characters (listed over 8 pages at the beginning as in a play script!!) combatting each other literally and metaphorically in a corrupt and racist world.  It all goes back to a black teenager being murdered at a South London bus stop and no one being arrested for it…. For me, a real page-turner.

The Girl with the Louding Voice by Abi Dare.  This was another page-turner that explored challenging cultural issues.  But the setting this time is Nigeria as the protagonist (Adunni) has to flee her small village to seek both employment and an education in order to make sense of her ‘louding voice’.  She ends up living with (and being employed by) the tyrannical Big Madam and her abusive husband in Lagos.  I really urged her on – you grow to love her – as she learns to face up to the unfairness of life.  I continually thought of the thousands of young girls who seem to disappear regularly in Nigeria as I read this heart-wrenching novel.  Adunni could have been one of them….

Missionaries by Phil Klay.  I am pleased that I read this epic novel and I am especially pleased that I finished it.  But it was not an easy ready with its excess detail and complications.  A broad range of characters (principally a CIA agent, a journalist, a US army medic and several Colombian drug-lords and associates) interlock plot-wise through conflicts in Afghanistan and the Middle East but mainly in Colombia.  It certainly gave me an insight into lives entrenched in and affected by modern warfare.  But in the end I had to ask myself – do I want to know about these people?

The Vanishing Half by Brit Bennett.  This is another very engaging novel that I highly recommend.  It’s a family saga of two Afro-American twins in Louisiana finding not only themselves but also each other.  With one being able to pass as ‘white’, they lose contact in the first half but use well-plotted clues to rekindle their kinship.  At times, heart-breaking with its beautiful portraits of women in the Deep South.

Light Perpetual by Francis Spufford.  I read this novel – another ‘London novel’ – because of outstanding reviews and totally agreed with them by the end.  The ‘light perpetual’ of the title is the light that could have shone on five children if their real-life deaths (from a German bomber) had not happened in a London department store in 1944.  It movingly and beautifully follows what their interconnected lives could have looked like from 1944 to 2009.  In doing this, it also explores the main social and political issues that the UK experienced during this time.  A light shone perpetually for me as I read this novel.

The Committed by Viet Than Nguyen.  This is a sequel to Nguyen’s incredibly moving The Sympathiser.  Set in Paris, the protagonist of The Sympathiser is trying to make sense of his life, his friends and his political commitments formed from his experiences in the Vietnam War.  The Paris he inhabits – the land of his father – is full of gangsters and cocaine, making life for him there as precarious as walking on a razor blade.  Dense and bloody, but very very good and vividly written.

Hot Stew by Fiona Mozely.  I loved this book.  Yet another ‘London novel’ with a large cast of inter-connected characters (prostitutes, entrepreneurs, gangsters, homeless vagrants, billionaires), it is set very explicitly in a part of London (Soho) that I love and know so well.  I could not stop reading this book and was so sorry when it (very satisfyingly) ended.  It’s basically the story of a ruthless billionaire trying to evict a group of prostitutes from a valuable piece of land, but it’s much more than this.  It’s a very very good yarn with something to say.

Over Easter I decided to read something different so I moved into another world of the arts that I love so much – the cinema.  Not only did I read an incredibly well-researched, clearly written and fascinating book about the background and making of one of my favourite movies of the 1960s – Midnight Cowboy – but I spent days catching up (via DVD) with not just this movie but all of director John Schlesinger’s others that I had access to: Darling, Far From the Madding Crowd, Sunday Bloody Sunday, Day of the Locust, Marathon Man.  These films, to me, represented a golden age of movie making.  The book, for those who are interested, is Shooting Midnight Cowboy: Art, Sex, Loneliness, Liberation and the Making of a Dark Classic by Glenn Frankel.

The Schlesinger movies weren’t the only ones I viewed in this time.  I’m really pleased to say that I’ve finally got back into movie going via cinemas post Covid.  Stand-outs for me over the past three months have been:

Blackbird – a very moving depiction of just seven family members getting together over a weekend to mark the imminent death of the mother of the family.  As could be imagined, this brings out a myriad of family tensions.  Cast standouts for me were Susan Sarandon and Kate Winslet.

Promising Young Woman – a challenging, confronting but very entertaining and stylish look at how society (women and men) led to the demise of the promising young woman of the title.  This is a movie with something to say through its excellent plotting.  Carey Mulligan at her best.

The Dig – another Carey Mulligan movie, but very different.  English and almost wistful as a friendship between two opposites (a gentle but determined upper middle class woman and the rather gruff working class man she employs for an archaeological dig) is explored.  I was entranced by this movie.  It’s the depiction of a real story which will lead me to the British Museum on my next visit to London!!

The Father – with its advertised depiction of dementia, I almost didn’t go to this movie because of its subject matter.  And yes, it is a little depressing but it is very cleverly structured and beautifully made with outstanding performances by Anthony Hopkins and Olivia Coleman.  I was pleased I went.

Cousins – a moving and beautifully made version of Patricia Grace’s outstanding novel.  It confused me just a little with its different time periods but ultimately it worked – and worked well with its depiction of New Zealand from the 1950s to the 1990s.  Tanea Heke was a stand-out for me.

The Courier – a real-life and well-told yarn of spying in the USSR (by an unsuspecting Brit) during the height of the Cold War.  Benedict Cumberbatch threw himself into this engrossing story which had me on the edge of my seat throughout.  I love spy thrillers.

On a final note, I was not as engaged in Nomadland (the great Frances McDormand’s latest) as many of my friends were.  Beautifully made, but I wanted a plot!!  Maybe I wasn’t in the mood?  Maybe I need to see it again??

There have been two standouts for me over the past three months: Things I Know To Be True by Andrew Bovell (at the Court Theatre in Christchurch but about to move to Circa Theatre in Wellington) and The Haka Party Incident by Katie Woolf (at the Auckland Theatre Company).

Bovell wrote the outstanding When the Rain Stops Falling several years ago and I can unequivocally say that Things I Know To Be True is the best theatre I have seen since then.  It’s an Australian family saga with each member of the family trying to work out their lives and their relationships with each other.  Each has a story to tell and the stories are so engrossing, from what appears to be the mundane to the highly dramatic.  Beautifully directed by Shane Bosher and powerfully acted by all (though Stephen Lovatt as the father is a stand-out for me), it fully deserved the standing ovation and cheers it received when I saw it at the Court.  I am booked to see it again during its Circa run.

The Haka Party Incident is equally enthralling but in a very different way.  It simply but powerfully tells its story – often through kapa haka – of a 1979 incident of engineering students, black face and young Maori prepared to stand up to them.  It’s one of those pivotal moments in New Zealand history that needs to be told and Woolf and her young cast do it credit.  New Zealand verbatim theatre – characters telling their stories directly to the audience – with something to say.

French stories have totally dominated our at-home viewing over the past few months with two series that I can highly recommend.

A French Village (all 72 episodes of it) features a large cast of characters experiencing the 1940-1944 Nazi occupation of their village with all the consequent dramas that you can imagine.  It also follows the lives of some of these characters well into the 21st century.  These characters (with all their foibles) become your friends (and in some cases your enemies) and you become desperate to know what happens to them.  Story-telling at its best.

Call My Agent (just 24 episodes) is very different.  Set in the centre of very stylish Paris, fast-moving, very funny at times but very dramatic at others, it features a diverse group of theatrical agents battling each other as they look after their real-life actors (Isabelle Huppert and Isabelle Adjani have both appeared so far as themselves!!) in some very bizarre situations.  Highly entertaining, and one of those series where you ‘just have to watch the next episode’.  A bit like It’s a Sin was for me at the end of last year. 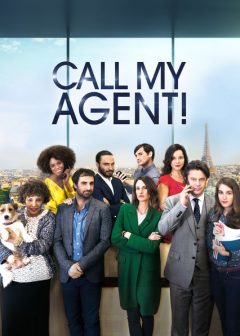 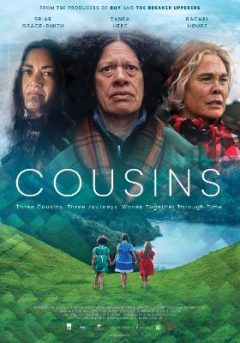 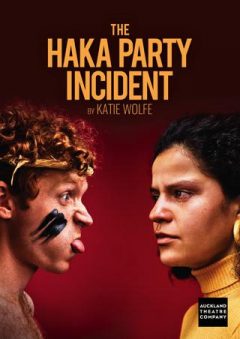 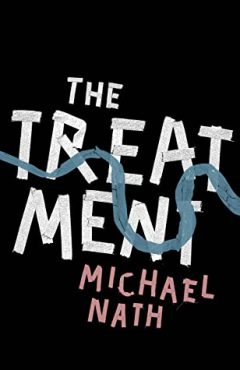 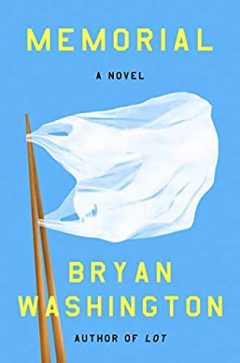 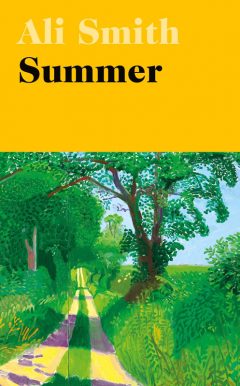 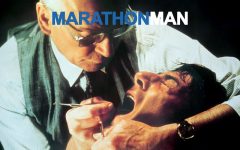 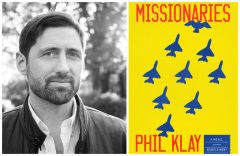 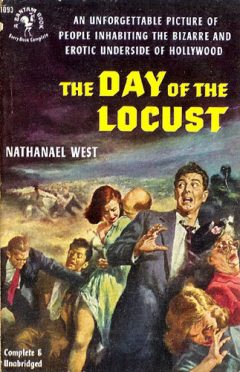